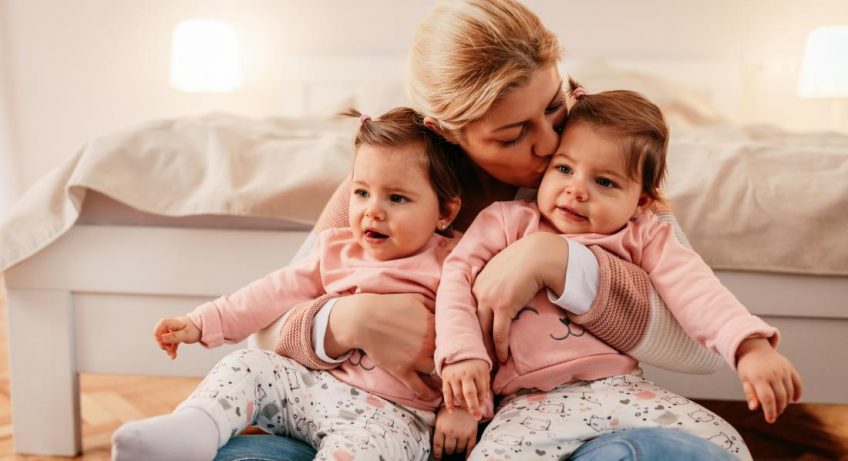 My beautiful, happy and cheerful twins turned two recently. That’s two years since our world was turned upside down in the best way that you could imagine. Two years that I have been juggling and multitasking twice as much as your average mum. Here are a few things that’s I’ve learned over the past 730 days of being a mum to twins.

A tidy home is not important

Before I had the twice, I always tried to make my home look like the show home that you see when you go to view a house on a brand new development. I would spend hours every week making sure that everything looks perfect just in case of the off-chance that someone popped round to visit. Since having the twins I’ve learned that life is far too short, and keeping my house in showroom condition is something that simply isn’t important to me anymore. I have developed the skill of styling it out whenever someone comes over and the house is a tip. The truth is that the people I know who mean the most to me couldn’t care less what state my house is in when they call to visit.

The saying may go that ‘breast is best’, but for some babies that’s simply not a practical option. I know plenty of people who tried to breastfeed their children and they simply wouldn’t ‘latch-on’. When I first had the twins I tandem breast fed them like a pro to begin with. Well… the first few days or so. After a while I noticed that while one was always hungry and would happily take milk from either the breast or glug it from a bottle. This was definitely not the case with twin number two. All babies are different and all mums are different. Sometimes things simply don’t work as planned. There’s no point in beating ourselves up over it.

Having twins is a great opportunity to see that children develop at their own pace, and that developmental milestones are to be taken with a pinch of salt. Both of my twins were raised in the exact same environment, but they are in fact individuals with their own way of learning, so they developed at a different pace. Twin one was walking at least a month or two before twin two, and twin two has talked much clearer than twin one for a long time now. Development of our children is yet another way that we as mums put extra pressure on ourselves to change something that is simply beyond our control.

It’s okay to have wine at dinner time occasionally

I’m a much more patient parent come five ‘o’ clock providing I have a glass of wine in my hand. I try not to do it too often, but when I can feel that I am beginning to have one of those very hectic evenings I no longer worry about opening a bottle of vino and taking a glug or two. Granted, this is not advice that you’re going to find in any parenting book out there, but it worked for me and has helped me to get through some truly challenging times. The witching hour is a real thing, and it’s twice as difficult when you have twins.

It’s very important to connect with our children, but it’s often all to easy to forget to spend time with them individually when you have more than one – let alone twins that are the same age. You don’t have to go mad and take your children for days out individually. Getting one-to-one time can be as easy as interacting with them during a nappy change or putting one twin to bed earlier than the other and alternating this pattern every night. There’s always something to do when you’re a mum, so it’s these small and frequent moments that are going to add up and help you to build a meaningful bond with your children.

As lovely as the saying “sharing is caring” is, it’s actually not a mantra that we live by in our household. Whether it’s the biscuits, a cup of tea, the lap top or toys, none of us in our house are particularly good at sharing. Instead we’ve found that taking turns is much easier to manage and causes much less chaos in the long run.

We are more capable than we think we are

I will never forget the time that I found out that I was having twins. I was so excited when I found out that I literally felt as though I was on cloud 9. Then all of a sudden it hit me like a brick wall – the wave of doubt. I cried for several days – I was doubting whether I would be able to cope with a single baby, let alone two. Looking back now I really shouldn’t have wasted any time worrying. Although being a mum to twins has it’s difficult parts, on the whole we are all doing just fine. Although I must admit I do feel tired almost 100% of the time.